I’ve begged,
asked,
pleaded,
take it away –
the pain,
the hurt,
the suffering.

I am weak
and broken.
It’s all I am
and all have have.
I can do nothing,
so there is plenty of room
for you Lord.

There is nothing I can do.
Whatever needs to be done,
will have to be you.
Work in me Lord,
fill me
with what I need,
may my strength
be in you
alone.

Less of Me, More of You

2 I know about one of Christ’s followers who was taken up into the third heaven fourteen years ago. I don’t know if the man was still in his body when it happened, but God certainly knows.

3 As I said, only God really knows if this man was in his body at the time. 4 But he was taken up into paradise, where he heard things that are too wonderful to tell. 5 I will brag about that man, but not about myself, except to say how weak I am.

6 Yet even if I did brag, I would not be foolish. I would simply be speaking the truth. But I will try not to say too much. That way, none of you will think more highly of me than you should because of what you have seen me do and say.7 Of course, I am now referring to the wonderful things I saw. One of Satan’s angels was sent to make me suffer terribly, so that I would not feel too proud.

8 Three times I begged the Lord to make this suffering go away. 9 But he replied, “My kindness is all you need. My power is strongest when you are weak.” So if Christ keeps giving me his power, I will gladly brag about how weak I am. 10 Yes, I am glad to be weak or insulted or mistreated or to have troubles and sufferings, if it is for Christ. Because when I am weak, I am strong.

21 Don’t you know?
Haven’t you heard?
Isn’t it clear that God
created the world?
22 God is the one who rules
the whole earth,
and we that live here
are merely insects.
He spread out the heavens
like a curtain or an open tent. 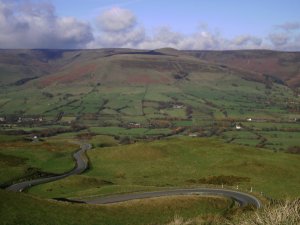 23 God brings down rulers
and turns them into nothing.
24 They are like flowers
freshly sprung up
and starting to grow.
But when God blows on them,
they wilt
and are carried off
like straw in a storm.

25 The holy God asks,
“Who compares with me?
Is anyone my equal?”

26 Look at the evening sky!
Who created the stars?
Who gave them each a name?
Who leads them like an army?
The Lord is so powerful
that none of the stars
are ever missing. 27 You people of Israel, say,
“God pays no attention to us!
He doesn’t care if we
are treated unjustly.”

But how can you say that?
28 Don’t you know?
Haven’t you heard?
The Lord is the eternal God,
Creator of the earth.
He never gets weary or tired;
his wisdom cannot be measured.

29 The Lord gives strength
to those who are weary.
30 Even young people get tired,
then stumble and fall.
31 But those who trust the Lord
will find new strength.
They will be strong like eagles
soaring upward on wings;
they will walk and run
without getting tired.

43-44 Jesus had said, “Prophets are honored everywhere, except in their own country.” Then two days later he left 45 and went to Galilee. The people there welcomed him, because they had gone to the festival in Jerusalem and had seen everything he had done.

46 While Jesus was in Galilee, he returned to the village of Cana, where he had turned the water into wine. There was an official in Capernaum whose son was sick. 47 And when the man heard that Jesus had come from Judea, he went and begged him to keep his son from dying.

48 Jesus told the official, “You won’t have faith unless you see miracles and wonders!”

49 The man replied, “Lord, please come before my son dies!”

50 Jesus then said, “Your son will live. Go on home to him.” The man believed Jesus and started back home.

51 Some of the official’s servants met him along the road and told him, “Your son is better!” 52 He asked them when the boy got better, and they answered, “The fever left him yesterday at one o’clock.”

53 The boy’s father realized that at one o’clock the day before, Jesus had told him, “Your son will live!” So the man and everyone in his family put their faith in Jesus.

54 This was the second miracle that Jesus worked after he left Judea and went to Galilee.

Lord,
I hear your word.
Though I don’t see
what you have done,
I believe.

Your word,
your promise,
is enough for me,
I trust you.

I ask,
and I believe you will respond
and so I walk
in that faith,
I hold
all that I have
in that trust.

Lord,
help me hear your word
day by day,
in every situation
and walk on
in your strength.

I believe in you.
Help me
to put my faith
in your unfailing love
and loving action.

I believe in Jesus