The Birth of Esau and Jacob
19 This is the story of Abraham’s son Isaac. 20 Isaac was forty years old when he married Rebecca, the daughter of Bethuel (an Aramean from Mesopotamia) and sister of Laban. 21 Because Rebecca had no children, Isaac prayed to the Lord for her. The Lord answered his prayer, and Rebecca became pregnant. 22 She was going to have twins, and before they were born, they struggled against each other in her womb. She said, “Why should something like this happen to me?” So she went to ask the Lord for an answer.
23 The Lord said to her,
“Two nations are within you;
You will give birth to two rival peoples.
One will be stronger than the other;
The older will serve the younger.”
24 The time came for her to give birth, and she had twin sons. 25 The first one was reddish, and his skin was like a hairy robe, so he was named Esau.[a] 26 The second one was born holding on tightly to the heel of Esau, so he was named Jacob.[b] Isaac was sixty years old when they were born.
Esau Sells His Rights as the First-Born Son
27 The boys grew up, and Esau became a skilled hunter, a man who loved the outdoors, but Jacob was a quiet man who stayed at home. 28 Isaac preferred Esau, because he enjoyed eating the animals Esau killed, but Rebecca preferred Jacob.
29 One day while Jacob was cooking some bean soup, Esau came in from hunting. He was hungry 30 and said to Jacob, “I’m starving; give me some of that red stuff.” (That is why he was named Edom.[c])
31 Jacob answered, “I will give it to you if you give me your rights as the first-born son.”
32 Esau said, “All right! I am about to die; what good will my rights do me?”
33 Jacob answered, “First make a vow that you will give me your rights.”
Esau made the vow and gave his rights to Jacob. 34 Then Jacob gave him some bread and some of the soup. He ate and drank and then got up and left. That was all Esau cared about his rights as the first-born son.

O Lord,
you have answered my cry,
our cry
to you.
There is life within me
hope,
joy,
anticipation
dwell deep inside.

And yet,
there is not peace.
It feels more like war.
Wrangling,
struggle,
fighting for the upper hand,
the greater share
of life within me.

Why should this be?
Should the fruit of love,
the gift from you,
the next generation of life,
not be love,
harmony
and mutuality.
Can they not dwell
in peace
even inside me?

But this is not their way.
They represent two different ways,
two new beginnings,
two different kind of strength.
Each will live their own way,
seemingly always in conflict,
one caring so little for his inheritance,
the other too much.

They pain me now
and will go on to bring pain
to our family
and to each other.

But they are mine.

and I have to stop
and wonder,
what about me?

What about your world?

What about your people?
The church?

But how do we work them out?
How do we learn to live together?
How can we be different,
but together?
Committed to going in one direction
in our different ways?

Show us how to live together
in peace
not conflict.
To live for the good of all,
but especially the weakest;
to celebrate difference
and learn from it,
not fight over it;
to share different perspectives
that we can all see a bigger picture.

Because we are all yours
and you love each one of us,
equally,
with our different gifts and insights.

So frightened
by those who tell the truth,
terrified of being
found out,
trying so hard
to keep face
in front of my friends.

Who is this man
who knows so much
about me?
The real me?
Who looks into people’s lives
and sees the truth?


I am a weak man,
easily persuaded
however foolish
or cruel
the outcome;
backed into a corner
by my own ego
and need to look good.
Feeling the need
to remove someone
who calls me out
on my life choices.


Taking a life
for sport.

What have I done?

Lord as I look at other people
it can be so easy to see their faults,
what I think they are doing wrong
or how they are hurting me,
but I’m not always so quick
to look at my life
so critically.

Help me to look
and think
and live
for you.

The Death of John the Baptist

14 Jesus became so well-known that Herod the ruler heard about him. Some people thought he was John the Baptist, who had come back to life with the power to work miracles. 15 Others thought he was Elijah or some other prophet who had lived long ago. 16 But when Herod heard about Jesus, he said, “This must be John! I had his head cut off, and now he has come back to life.”

17-18 Herod had earlier married Herodias, the wife of his brother Philip. But John had told him, “It isn’t right for you to take your brother’s wife!” So, in order to please Herodias, Herod arrested John and put him in prison.

19 Herodias had a grudge against John and wanted to kill him. But she could not do it 20 because Herod was afraid of John and protected him. He knew that John was a good and holy man. Even though Herod was confused by what John said,[c] he was glad to listen to him. And he often did.

21 Finally, Herodias got her chance when Herod gave a great birthday celebration for himself and invited his officials, his army officers, and the leaders of Galilee. 22 The daughter of Herodias came in and danced for Herod and his guests. She pleased them so much that Herod said, “Ask for anything, and it’s yours! 23 I swear that I will give you as much as half of my kingdom, if you want it.”

24 The girl left and asked her mother, “What do you think I should ask for?”

Her mother answered, “The head of John the Baptist!”

25 The girl hurried back and told Herod, “Right now on a platter I want the head of John the Baptist!”

26 The king was very sorry for what he had said. But he did not want to break the promise he had made in front of his guests. 27 At once he ordered a guard to cut off John’s head there in prison. 28 The guard put the head on a platter and took it to the girl. Then she gave it to her mother.

29 When John’s followers learned that he had been killed, they took his body and put it in a tomb. 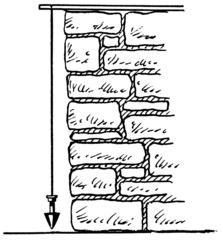 Checking uprightness,
measuring depth,
pointing directly to the centre.
Showing how it should be
and how from the true
reality is.


The plumb line
tells it all.

How do I measure up?
How do I stand?

Am I true?
What is my depth?
Where is my centre?

Am I just?
Fair?
Loving?
True to you
and your ways?

Measure me up Lord,
and may I respond
to what you see.

The Measure of a Man

A Vision of a Measuring Line

7 The Lord showed me a vision of himself standing beside a wall and holding a string with a weight tied to the end of it. The string and weight had been used to measure the straightness of the wall. 8 Then he asked, “Amos, what do you see?”

“A measuring line,” I answered.

The Lord said, “I’m using this measuring line to show that my people Israel don’t measure up, and I won’t forgive them any more. 9 Their sacred places will be destroyed, and I will send war against the nation of King Jeroboam.”

10 Amaziah the priest at Bethel sent this message to King Jeroboam of Israel, “Amos is plotting against you in the very heart of Israel. Our nation cannot put up with his message for very long. 11 Here is what he is saying:

‘Jeroboam will be put to death,
and the people will be taken
to a foreign country.’”

12 Then Amaziah told me, “Amos, take your visions and get out! Go back to Judah and earn your living there as a prophet. 13 Don’t do any more preaching at Bethel. The king worships here at our national temple.”

I’m not a prophet! And I wasn’t trained to be a prophet. I am a shepherd, and I take care of fig trees. 15 But the Lord told me to leave my herds and preach to the people of Israel.