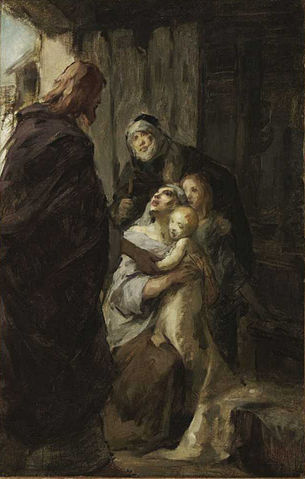 How many times
have I wanted to hide away,
have some peace,
some me time,
chance to recharge,
to just be,
to listen,
to pray?

But I have been needed
and called on
and had to go,
to give,
to be
in a difficult place
where I am wanted.

How many times
have I wanted
to keep something special,
for the few,
for those who deserved it,
or who I thought did?

But I have been called
to meet need,
to reach out in love,
to step outside
what I thought were my boundaries,
what I was called to,
because there was need
and hope
and a reaching out.

How many times
has God worked,
in ways I don’t understand,
can’t comprehend,
am not sure I agree with?

But he steps in
to meet people,
to hold them,
to heal them,
to reach them.

In their pain,
their fear,
their anger,
their questioning,
whatever their need.
Whatever their background,
their origin,
their appearance,
wherever they are coming from
or going to.

And he asks me to join him

24 Jesus left and went to the region near the city of Tyre, where he stayed in someone’s home. He did not want people to know he was there, but they found out anyway. 25 A woman whose daughter had an evil spirit in her heard where Jesus was. And right away she came and knelt down at his feet. 26 The woman was Greek and had been born in the part of Syria known as Phoenicia. She begged Jesus to force the demon out of her daughter. 27 But Jesus said, “The children must first be fed! It isn’t right to take away their food and feed it to dogs.”

28 The woman replied, “Lord, even dogs eat the crumbs that children drop from the table.”

29 Jesus answered, “That’s true! You may go now. The demon has left your daughter.” 30 When the woman got back home, she found her child lying on the bed. The demon had gone.

Jesus Heals a Man Who Was Deaf and Could Hardly Talk

31 Jesus left the region around Tyre and went by way of Sidon toward Lake Galilee. He went through the land near the ten cities known as Decapolis. 32 Some people brought to him a man who was deaf and could hardly talk. They begged Jesus just to touch him.

33 After Jesus had taken him aside from the crowd, he stuck his fingers in the man’s ears. Then he spit and put it on the man’s tongue. 34 Jesus looked up toward heaven, and with a groan he said, “Effatha!”[c] which means “Open up!” 35 At once the man could hear, and he had no more trouble talking clearly.

36 Jesus told the people not to say anything about what he had done. But the more he told them, the more they talked about it. 37 They were completely amazed and said, “Everything he does is good! He even heals people who cannot hear or talk.”

1 thought on “How Many Times?”