If
I
could
just
reach,
touch,
know
your power,
your healing,
your strength
in my life.

If
I
could
just
get you
to come
with me,
to me,
to my place of need.

If you would,
I would know
peace,
strength,
hope
in you.

However lost,
broken,
hopeless,
in you
there is always
your presence,
your love,
your promise
of another day,
another way.

I reach out
to you,
knowing
you
are already
reaching out
to me,
holding my pain,
longing
that I let you. 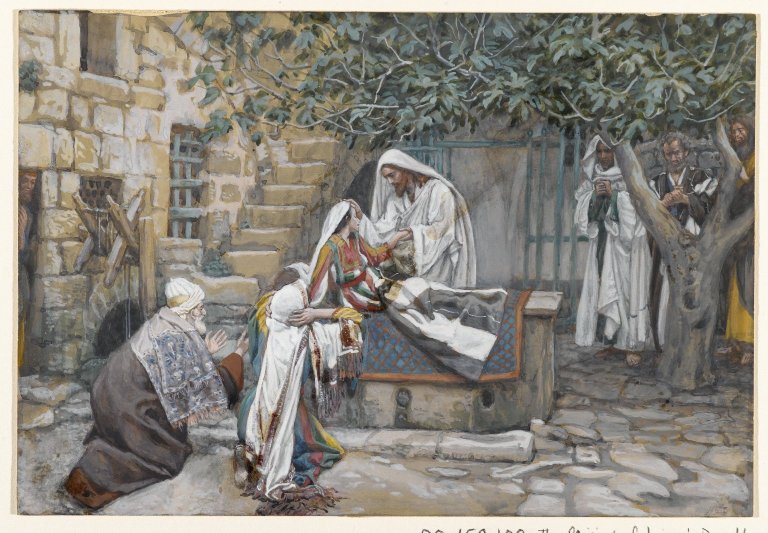 A Dying Girl and a Sick Woman

21 Once again Jesus got into the boat and crossed Lake Galilee. Then as he stood on the shore, a large crowd gathered around him. 22 The person in charge of the Jewish meeting place was also there. His name was Jairus, and when he saw Jesus, he went over to him. He knelt at Jesus’ feet 23 and started begging him for help. He said, “My daughter is about to die! Please come and touch her, so she will get well and live.” 24 Jesus went with Jairus. Many people followed along and kept crowding around.

25 In the crowd was a woman who had been bleeding for twelve years. 26 She had gone to many doctors, and they had not done anything except cause her a lot of pain. She had paid them all the money she had. But instead of getting better, she only got worse.

27 The woman had heard about Jesus, so she came up behind him in the crowd and barely touched his clothes. 28 She had said to herself, “If I can just touch his clothes, I will get well.” 29 As soon as she touched them, her bleeding stopped, and she knew she was well.

30 At that moment Jesus felt power go out from him. He turned to the crowd and asked, “Who touched my clothes?”

31 His disciples said to him, “Look at all these people crowding around you! How can you ask who touched you?” 32 But Jesus turned to see who had touched him.

33 The woman knew what had happened to her. She came shaking with fear and knelt down in front of Jesus. Then she told him the whole story.

34 Jesus said to the woman, “You are now well because of your faith. May God give you peace! You are healed, and you will no longer be in pain.”

35 While Jesus was still speaking, some men came from Jairus’ home and said, “Your daughter has died! Why bother the teacher anymore?”

36 Jesus heard what they said, and he said to Jairus, “Don’t worry. Just have faith!”

37 Jesus did not let anyone go with him except Peter and the two brothers, James and John. 38 They went home with Jairus and saw the people crying and making a lot of noise. 39 Then Jesus went inside and said to them, “Why are you crying and carrying on like this? The child isn’t dead. She is just asleep.”40 But the people laughed at him.

After Jesus had sent them all out of the house, he took the girl’s father and mother and his three disciples and went to where she was. 41-42 He took the twelve-year-old girl by the hand and said, “Talitha, koum!” which means, “Little girl, get up!” The girl got right up and started walking around.

Everyone was greatly surprised. 43 But Jesus ordered them not to tell anyone what had happened. Then he said, “Give her something to eat.”

3 thoughts on “Reaching Out”